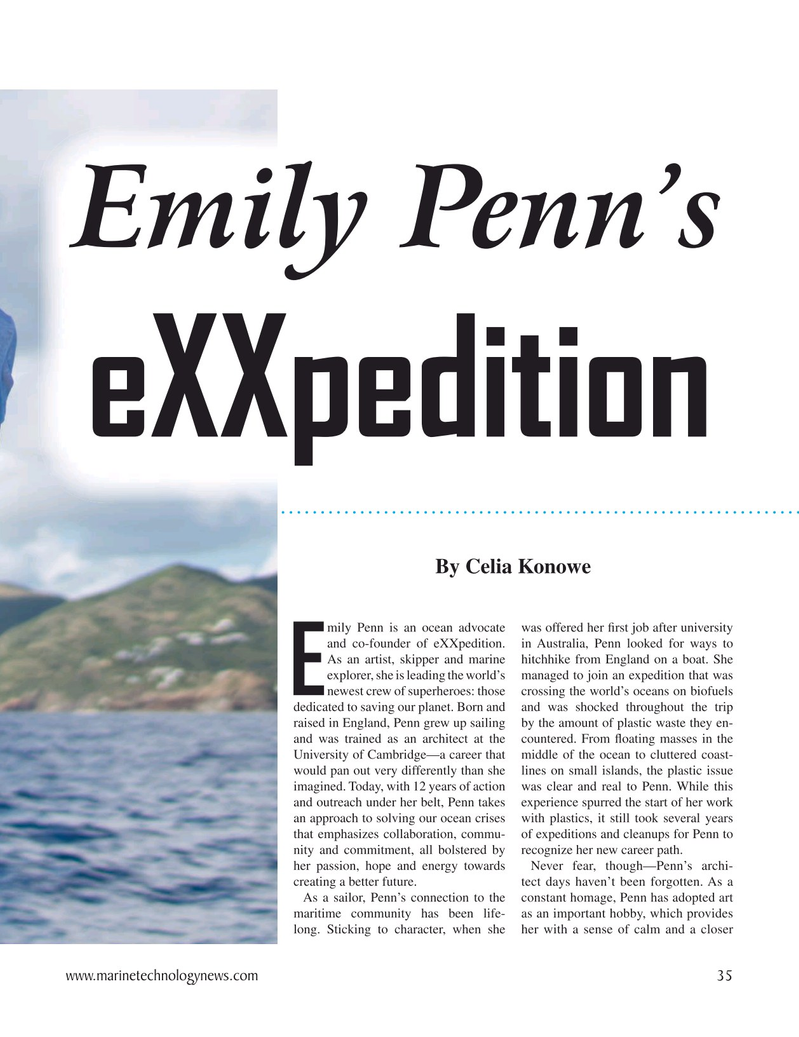 By Celia Konowe mily Penn is an ocean advocate was offered her ? rst job after university and co-founder of eXXpedition. in Australia, Penn looked for ways to

As an artist, skipper and marine hitchhike from England on a boat. She explorer, she is leading the world’s managed to join an expedition that was

Enewest crew of superheroes: those crossing the world’s oceans on biofuels dedicated to saving our planet. Born and and was shocked throughout the trip raised in England, Penn grew up sailing by the amount of plastic waste they en- and was trained as an architect at the countered. From ? oating masses in the

University of Cambridge—a career that middle of the ocean to cluttered coast- would pan out very differently than she lines on small islands, the plastic issue imagined. Today, with 12 years of action was clear and real to Penn. While this and outreach under her belt, Penn takes experience spurred the start of her work an approach to solving our ocean crises with plastics, it still took several years that emphasizes collaboration, commu- of expeditions and cleanups for Penn to nity and commitment, all bolstered by recognize her new career path. her passion, hope and energy towards Never fear, though—Penn’s archi- creating a better future. tect days haven’t been forgotten. As a

As a sailor, Penn’s connection to the constant homage, Penn has adopted art maritime community has been life- as an important hobby, which provides long. Sticking to character, when she her with a sense of calm and a closer www.marinetechnologynews.com 35