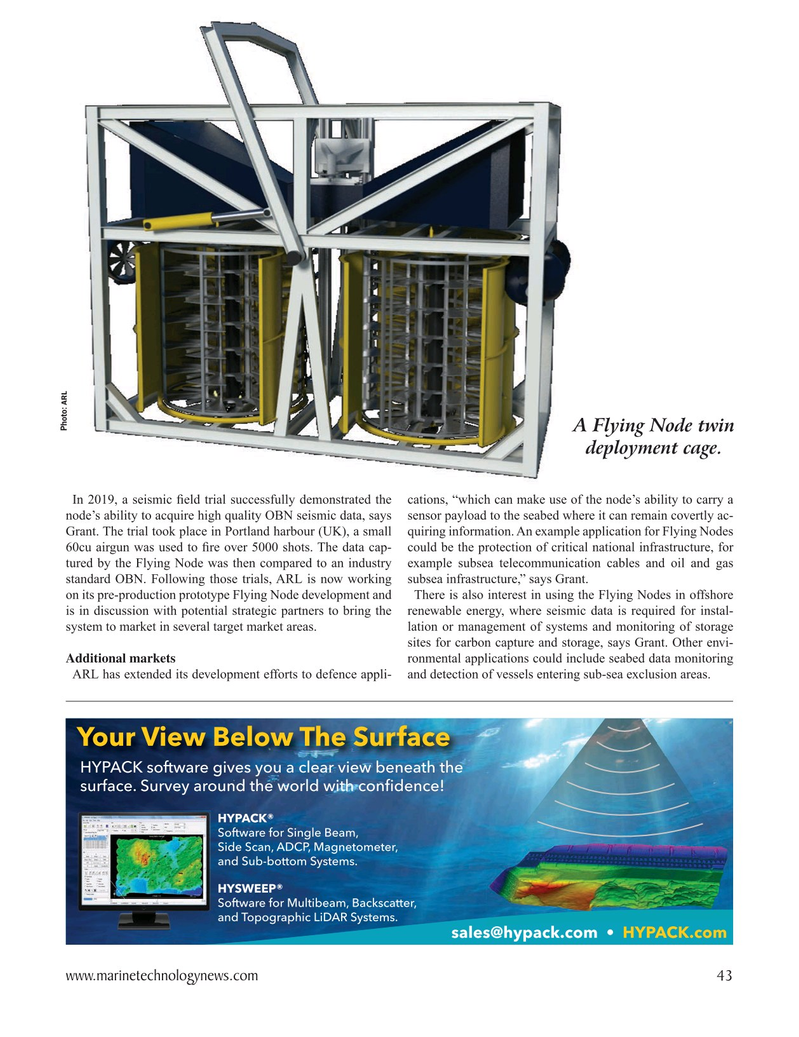 In 2019, a seismic ? eld trial successfully demonstrated the cations, “which can make use of the node’s ability to carry a node’s ability to acquire high quality OBN seismic data, says sensor payload to the seabed where it can remain covertly ac-

Grant. The trial took place in Portland harbour (UK), a small quiring information. An example application for Flying Nodes 60cu airgun was used to ? re over 5000 shots. The data cap- could be the protection of critical national infrastructure, for tured by the Flying Node was then compared to an industry example subsea telecommunication cables and oil and gas standard OBN. Following those trials, ARL is now working subsea infrastructure,” says Grant. on its pre-production prototype Flying Node development and There is also interest in using the Flying Nodes in offshore is in discussion with potential strategic partners to bring the renewable energy, where seismic data is required for instal- system to market in several target market areas. lation or management of systems and monitoring of storage sites for carbon capture and storage, says Grant. Other envi-

Your View Below The Surface

HYPACK software gives you a clear view beneath the surface. Survey around the world with con?dence!