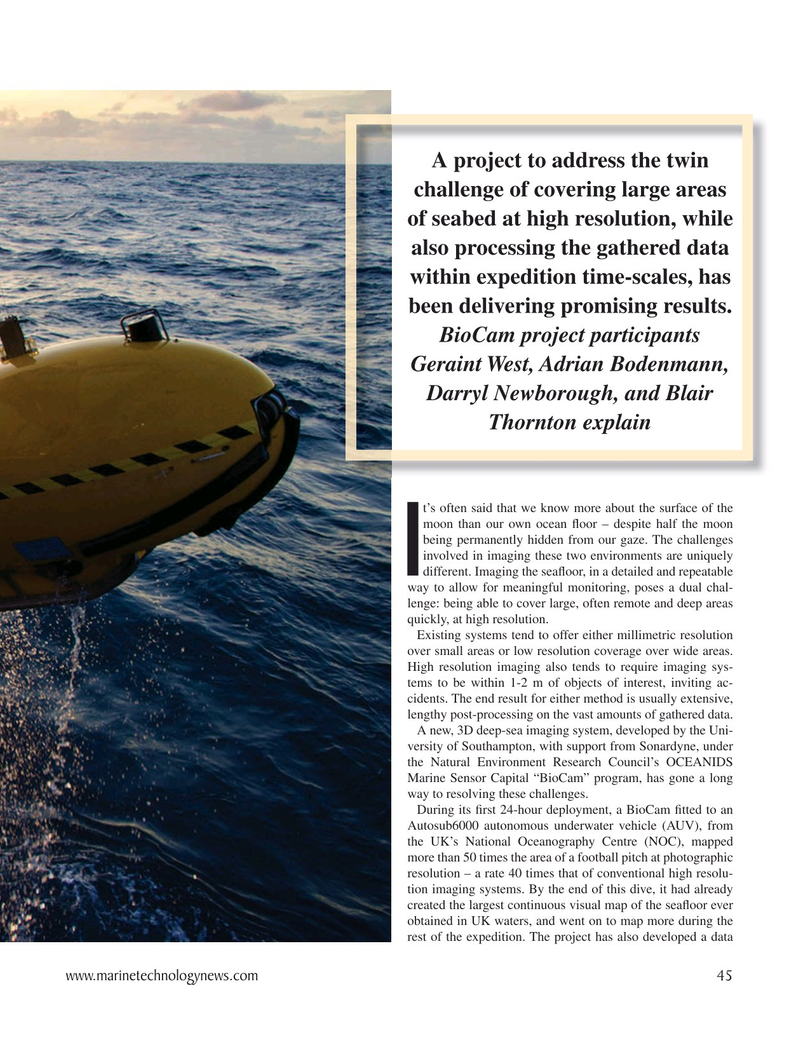 A project to address the twin challenge of covering large areas of seabed at high resolution, while also processing the gathered data within expedition time-scales, has been delivering promising results.

Thornton explain t’s often said that we know more about the surface of the moon than our own ocean ? oor – despite half the moon being permanently hidden from our gaze. The challenges involved in imaging these two environments are uniquely

Idifferent. Imaging the sea? oor, in a detailed and repeatable way to allow for meaningful monitoring, poses a dual chal- lenge: being able to cover large, often remote and deep areas quickly, at high resolution.

High resolution imaging also tends to require imaging sys- tems to be within 1-2 m of objects of interest, inviting ac- cidents. The end result for either method is usually extensive, lengthy post-processing on the vast amounts of gathered data.

A new, 3D deep-sea imaging system, developed by the Uni- versity of Southampton, with support from Sonardyne, under the Natural Environment Research Council’s OCEANIDS

During its ? rst 24-hour deployment, a BioCam ? tted to an

Autosub6000 autonomous underwater vehicle (AUV), from the UK’s National Oceanography Centre (NOC), mapped more than 50 times the area of a football pitch at photographic resolution – a rate 40 times that of conventional high resolu- tion imaging systems. By the end of this dive, it had already created the largest continuous visual map of the sea? oor ever obtained in UK waters, and went on to map more during the rest of the expedition. The project has also developed a data www.marinetechnologynews.com 45